Today marks the 25th anniversary of one of my favorite video game characters and franchises, Sonic the Hedgehog. I have a long history with Sonic. We were both born in 1991 (the game was released, same thing) and the franchise is one of my earliest introductions to videogames. I started collecting Sonic memorabilia about 6 years ago. It started with a vintage yellow sonic shirt I bought from Hot Topic back in high school. Once I got my current job, I started buying tons of gear for about 6 years or so.

I have the plush sonic toys, hats, glass cups, shot glasses, slippers, the games of course, a history book, posters, wall decals, the DVD series, a key chain, a key chain holder, small blankets, and a queen size blanket. In the past, I had a cheap watch, two cheap ass wallets and a current one that is falling apart, a ring and several shirts that I threw away because I’m transitioning into ethical fashion; the shirts were made in Mexico. I didn’t throw away the original shirt from Hot Topic though. In reality, the other items were probably made in a sweatshop overseas so my ethical logic goes out the window.

I just really like Sonic’s personality. Now that I’m older, I appreciate anti-heroes like Shadow but Sonic was one of my favorite franchises growing up so it holds a special place in my heart (sappy, I know). Instead of giving the history behind Sonic, I wanted to list my favorite games from the franchise.

Sonic & Knuckles (1994) – I’m going to start off by saying, I’m kind of a hypocritical Sonic fan. Even though I grew up playing the game; I’ve never been a fan of the original side-scroll style. This is just in general whether it was Mario or any other game; I don’t like being conformed to one direction. I enjoyed the 3D platform games more than the original but I did like Sonic and Knuckles. My family was stationed in Japan when I was very young. I remember playing this while living there. I was younger than seven, so it was the earliest game I remember playing. This was the first time Knuckles was playable. I loved that he could glide and climb walls compared to Sonic. The colors were amazing as well. 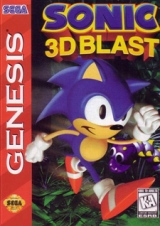 Sonic 3D Blast (1996) – Not much to say, I just really liked this game growing up. This was the first 3D Sonic game I was introduced to. I loved the gameplay, the music, and the bold colors of the little critters.

Sonic Adventures (1998) – Oh the glory! This is my favorite Sonic, the Hedgehog game, hands down. I still love the theme music from Seaside Hill Zone. I stated before that I’m not a huge fan of the side-scroll style so this was a huge change. I’m not a fan of the obstacle course either. The obstacle course style was still part of the game but there was still room to explore the different worlds.

I was somewhat of a weird/quiet child so I never asked for too much which meant I didn’t have a memory card. I’m not sure if I was afraid to ask or just didn’t care. So, I would play the game all day just to start over the next day (weird, right?). The farthest I got in the game was the snowy setting and I realized later that I could play as the other characters so I didn’t have much experience with that either.

Anyways, the settings were amazing! I love when I can explore basic things in videogames, so going in the bathroom and standing in the casino shower was great. 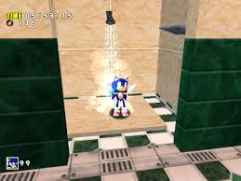 Another basic aspect that I loved was the Chao garden. Collecting the Chao and taking care of them was fun. I will say, the Chao race confused me growing up. My Chao was so slow compared to the others. I never understood how to make it crawl faster. Now, I realize as the game progressed I had to mix and match the Chao with the little critters I collected; they would have enhanced if I had a memory card and actually played the game through. That was another great aspect; transitioning the critters power and features to my cute Chao. I confess, I did kick a few Chao just because I could but I would hug them afterwards.

About 5 years ago I bought a memory card and worked my way through the game. The farthest I got was the mall level that Amy was associated with. It had a great design but I kept losing somehow so that was the last time I played the game. I might pick it up this weekend since it is the anniversary.

Now when I look at the game, the graphics weren’t all that great and the words never matched up to the characters mouth but when I was a child it was the best thing in the world.

Honorable mention: Sonic Shuffle. I was introduced to this before Mario Party and I’m glad because Mario Party trumps this game! But, the game was fun and it was my introduction to a team like board game. I do remember it being sort of dark and I remember after completing a game, a collection of sega merch would appear in the virtual bedroom which was cool.

So yeah, that’s my history as a fan and my favorite games from the Sonic, the Hedgehog franchise. What are some of your favorite games? (I know I only have like 4 followers, maybe someone else can chime in, ok? Lol.)

2 thoughts on “Happy 25th Birthday Sonic! My history as a Sonic fan and my favorite Sonic the Hedgehog Games”