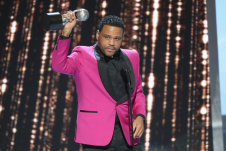 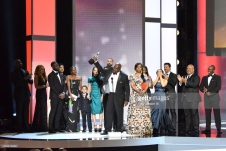 onstage at the 48th NAACP Image Awards at Pasadena Civic Auditorium on February 11, 2017 in Pasadena, California.

The honorable Chairman’s Award was given to professor, author, and founder of the Charles Hamilton Houston Institute for Race and Justice, Charles J. Oletree Jr. and the NAACP President’s Award was given to educator, historian, and founding director of the Smithsonian’s National Museum of African American History, Lonnie Bunch. Outstanding Motion Picture went to Hidden Figures and Entertainer of the year went to Dwayne Johnson, who is rarely in attendance to this award show. Everyone knows this should have went to Beyoncé, who was also snub last night at the Grammy’s but that’s another article. Check out the full list of the winners below. 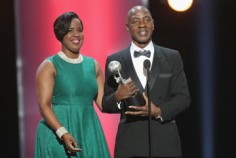 Entertainer of the Year: Dwayne “The Rock” Johnson

Outstanding Actor in a Drama Series: Sterling K. Brown, This Is Us

Outstanding Literary Work (Instructional): The Power of Broke: How Empty Pockets, a Tight Budget, and a Hunger for Success Can Become Your Greatest Competitive Advantage, Daymond John, Daniel Paisner

Outstanding Literary Work (Youth/Teens): As Brave As You, Jason Reynolds